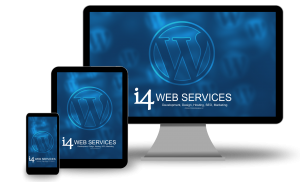 A website design should not just draw attention. The role of a website design is to attract and engage the website design’s visitor, as well as communicate your business or charity branding and raise awareness about what you sell (product or service) and what value you can offer to the community.

i4 Web Services will get your business noticed in this ever increasingly digital world by using creative website design ideas for creating brand personality with a long-lasting impact. We provide various customizable design concepts and focus on creating a website to fit your brand while engaging your visitors. Our team presents, revises and collaborates with you until we finalize the perfect design for your needs.

Throughout the entire website design process, you will be speaking to one person who is available to answer your questions and help you through any tough decisions.

Just remember that first impressions are vital. So creating an outstanding web design is the key to success. It is important to keep in mind that your online website users enjoy visiting sites that are aesthetically appealing and easy to navigate. That is why you work with “one website designer” to help your site make an outstanding first impression with speed and accessibility.

Furthermore, i4 Web Services believes that a close collaboration is the foundation for outstanding results. Starting with content requests – we assess your needs to be competitive online. Then, we will work to improve your online web presence with ongoing analysis outlining opportunities for possible growth. All along the way, we will collaborate with you at each step of the process.

When you call i4 Web Services, you will get immediate answers to questions for web design, web development, SEO, Marketing, and even your Social Media needs from our customer friendly professional, not an automated menu system.

Consult Our Local Specialists For Website Design in Altamonte Springs

Search engine optimization Altamonte Springs is extremely vital if you have a local business because most of the consumers are now searching for local companies online. You must take advantage of this because the customers will look for products and services on the web. Even though they’re only looking locally, they will certainly search on the internet rather than looking for commercials and flyers.

We Have A Solid 4 Step Web Design Process

So why should your website design be any different? It’s your first chance to make a great impression to your customers from all over the globe or maybe just in your local community.  Therefore by building a beautifully crafted website designed to impress and convert your visitors into customers really matters! 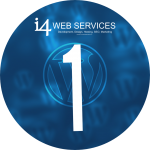 Before we start to do anything – we have a strategy session to understand our client’s goals and desired results. You talk and we listen (and probably will ask you questions.) 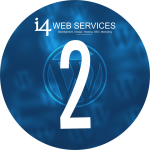 After we understand what you want, we research hundreds of websites to locate the features that will deliver the results you are looking for and then we design it. 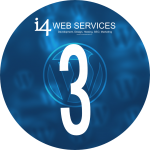 Once your website is built, we actively promote it, so over time your website will begin to outrank your competitor’s websites. Our goal is to establish a strong online presence. 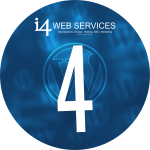 Finally, we continue to maintain and grow your website with on-going SEO concepts. We keep growing your website when other just stop. We want to help you get noticed online.

There’s a probably a good chance that your customers spend several minutes – or even several hours – a day with their eyes on their smartphone. Because of the incredible desire to use these small devices, it’s more important than ever to think about the design of your company’s web pages.

With mobile friendly responsive website design, we’ll help your website pages look just as professional on a 27-inch computer monitor as they do on a 5-inch smartphone screen. Remember: It’s not enough to insert a few lines of code into your website to tell a page to change dimensions based upon a user’s screen size.

Truly responsive web design ensures that the presentation of your website – including its text, images, and navigation – adjust seamlessly to accommodate any size interface. And that is why responsive websites are becoming so essential these days.

It’s a content management system (CMS) that features highly customizable components. WordPress themes work great with Search Engines because they were originally made for blogging. Now thousands of web developers are creating plugins that are user-friendly which means web pages are capable of almost anything. Today millions of business and charity websites are built with WordPress.

What Kind of Websites Can Use WordPress?

Strictly speaking, any website used for any purpose can use WordPress. Maybe you’re the owner of a local Orlando restaurant and want to start a blog about your establishment’s cuisine. Tell your customers all about your specials with a blog and some static pages on a WordPress site.

Or, maybe you’re a small business owner, and you want to create a way for customers to interact with you on various social media websites. A WordPress site is a great way to connect with your clients and keep them updated on your business’s new deals.

A search engine like Bing or Google is about sharing information, and WordPress is a flexible and adaptable option that we can use to help build your brand’s internet presence.

No, i4 Web Services provides all types of website services from SEO to Social Media Marketing to Graphic Design as well.  Our website services are results-driven with increased online presence being our priority.

Increase your website’s visual appeal and substance with our premium services that can create opportunities for a higher conversion rate.

Online marketing in Altamonte Springs is extremely competitive as of today because small to medium-sized companies are doing their own SEO strategies. You are making a huge mistake if you believe that the traditional method of advertising can offer the same outcomes.
If you’ll invest in SEO services in Altamonte Springs, you may ensure that your company will have the chance to contend with other local businesses. You’ll miss plenty of fantastic opportunities if you’ll disregard this marketing strategy.

What our Past Clients are saying about us!

It will certainly be a great idea to have an in-house team to deal with your online website design needs, but you’ll need to think about their salaries & benefits. The majority of the big companies will surely hire a full team of designers capable of graphic and web work, but for small to mid-sized companies, it will be better to outsource this web work. Outsourcing your web work is a good idea. It can enable you to obtain the outcomes that you want without having to spend too much money. This is a good choice for small to mid-sized companies because they can get results without spending too much for a full-time team and they do not have to train and recruit new employees. As well as dealing with the healthcare required benefits, paid vacations, firing a difficult employee, and so.

Dr. Washington Kilmer of Cincinnati was the first person of European background to settle into the area circa 1870, and he named the area Altamont (minus the “e” from the present spelling) after Altamont, New York, an area near his childhood home. In 1882, the Altamonte Land, Hotel and Navigation Company, founded by Thomas C. Simpson and four other Massachusetts businessmen, gave the area its present name: Altamonte Springs. The company developed the core community along Altamonte Avenue (today’s SR 436) between Maitland and Longwood Avenues (today’s Ronald Reagan Boulevard). On November 11, 1920, the residents of Altamonte Springs voted 38 to 7 in favor of incorporation. 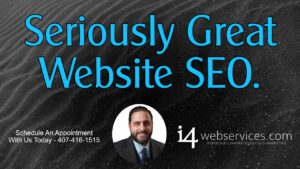 Why web presence is so important? 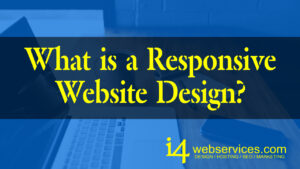 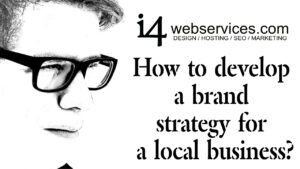 How to develop a brand strategy for a local business?